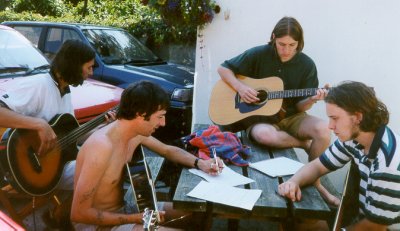 Our First rewind sessions come from the late 1990’s. Hoopa were an indie pop/rock quartet from Birmingham who made small waves in the industry. They released a very limited part of their discography and now, this and previously unreleased material will be digitally remastered and released as the first rewind album with, and we’re sure, many more to come.